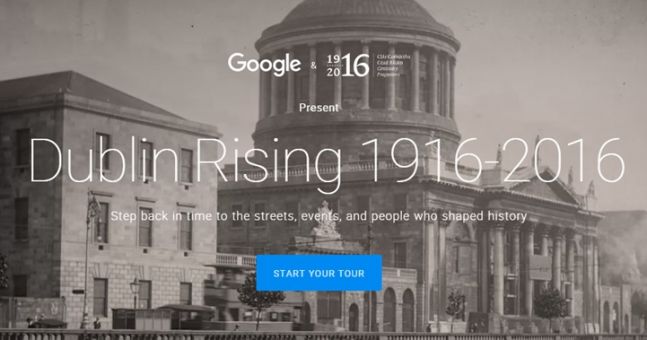 Hilda Fay did the voice over work with Colin Farrell for the Dublin Rising 1916 Google Tour launched in 2016.

Dublin Rising 1916-2016 is a site built by Google in partnership with Ireland 2016. The aim of the new site is to allow anyone, anywhere to take part in the 1916 celebrations. Online access to historical and cultural materials about the rising is made possible through the site.

On the virtual tour, narrated by Dublin actor Colin Farrell, you can explore locations around Dublin city and discover the events of the 1916 rising. On the tour viewers can see images and learn about the people who shaped Ireland’s future.

The information and content included on the site has been curated with a team of historians, archivists and subject matter experts from Ireland 2016 and Century Ireland.